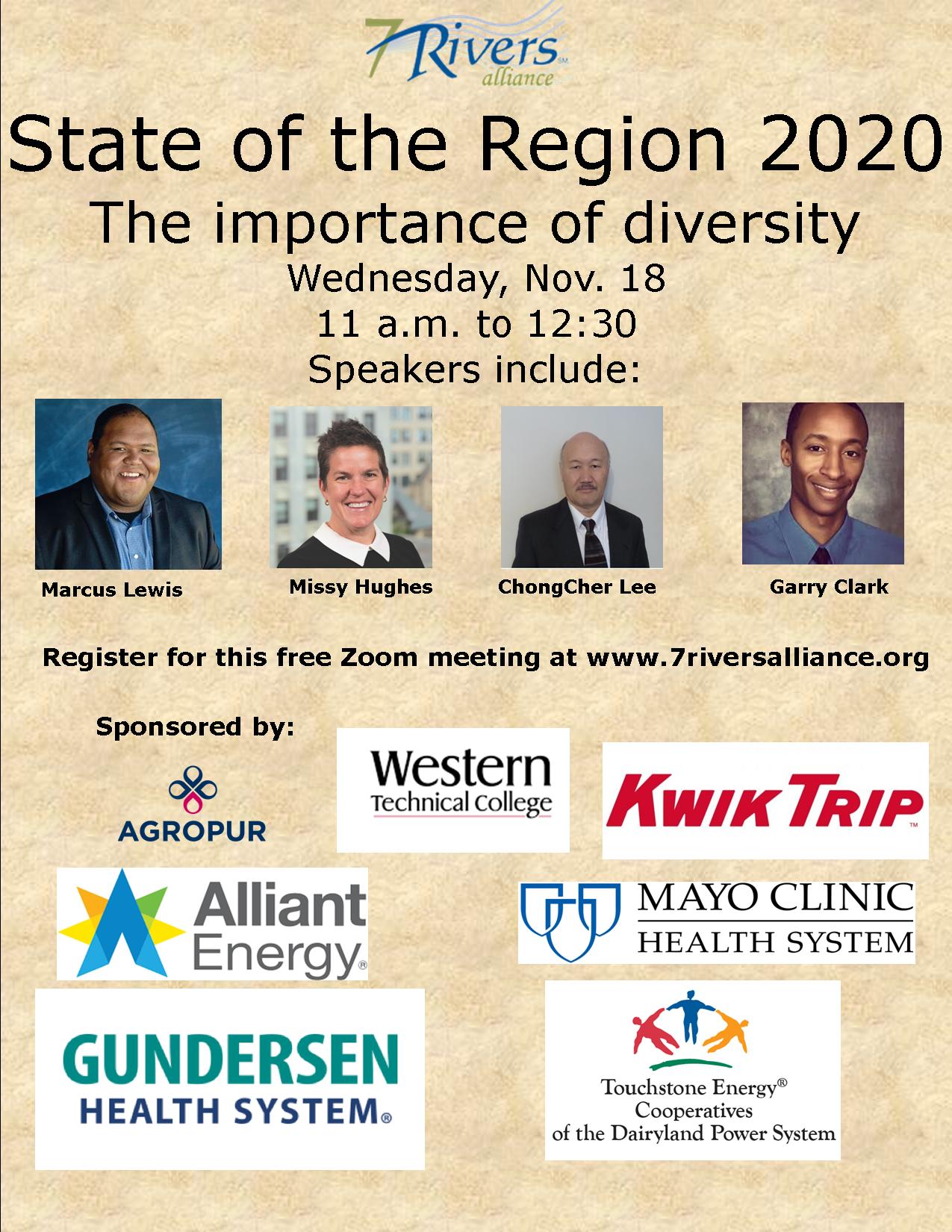 One of the opportunities and challenges identified in the 7 Rivers Alliance Workforce Development plan was the need for our region to become more welcoming, more inclusive and more diverse. By accomplishing those goals, we could attract a much more diverse workforce into the region.
This year’s State of the Region event on Nov. 18 will focus on diversity.

Please register for the event, which will be virtual and run from 11 a.m. to 12:30. The event is free, thanks to our generous sponsors.
Here are some of the scheduled speakers:

Dr. Marcus Lewis is the founder and owner of Key Change Consulting, LLC, an enrolled member of the Ho-Chunk Nation, and an African American descendant of Cameroonian and Bantu peoples.  He has worked in diversity and equity for nearly ten years. As a nationally trained Seeking Educational Equity and Diversity (SEED) facilitator and education leader, Dr. Lewis has dedicated his career to working in educational administration, Native American education, and inclusive advocacy.  He has presented at the national, state, and local levels about educational equity, social justice, and Native American education. ﻿

Melissa “Missy” Hughes is secretary and CEO of WEDC, Wisconsin’s lead economic development organization. Before joining WEDC in October 2019, she was general counsel and chief mission officer at Organic Valley. Her previous positions include associate attorney at the firm of Holland & Hart, where she practiced in the areas of natural resources, construction litigation and corporate business transactions.  She served on the boards of the Environmental Working Group and the Organic Trade Association, where she was a three-term board president. The U.S. Secretary of Agriculture appointed Hughes to the USDA Advisory Committee on Agriculture and Biotechnology in the 21st Century. Hughes received her bachelor of arts in political science from Georgetown University and juris doctor degree from the University of Wyoming College of Law.﻿﻿ 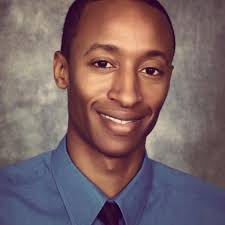 Garry Clark is the Executive Director of the Greater Fremont Development Council (GFDC) in Fremont, Nebraska. Prior to his GFDC role, he worked as the Nebraska Investment Finance Authority’s (NIFA) Opportunity Fund Manager in Omaha. Before that, Garry served as Cuming County’s Economic Development Director for five years in Northeast Nebraska.In November 2018, Garry received the 40 Under 40 Award from the Midland Business Journal, primarily for his work in raising nearly $2 million to fund a Rural Workforce Housing Program in Dodge County, Nebraska. Garry is the 2nd Vice President of the National Rural Economic Developers Association and serves as a board member on the Nebraska Economic Development Association’s Board of Directors. Garry received his Bachelor of Arts in Sociology from Dana College in Blair, Nebraska, and his Master of Science in Urban Studies/Public Administration from the University of Nebraska at Omaha.

ChongCher Lee is the founder and co-owner of Hmong’s Golden Eggroll Inc., in La Crosse since 2001. Lee and his family came to the United States in 1976. He earned B.S. in Chemistry from UW-La Crosse in 1990 and began his career as a plant chemist for the G. Heileman Brewing Company for 10 years.

Lee is past president of the Hmong Mutual Assistance Association, where he was tasked with developing a plan to purchase a space of this kind for the community. He developed a capital campaign that including Hmong families who would invest in the project as collective founding members. In 2008, after raising over $1.1 million, the first Hmong cultural center in the state of Wisconsin was built.

Lee’s vision established the Hmoob Cultural and Community Center (HCCC), which has become a cherished gathering place for the Hmong community to conduct cultural and social events. He also developed a strategy to maintain and continue the legacy of HCCC in 2012 through a sustainable revenue stream to support the center for the La Crosse Hmong community for the foreseeable future.